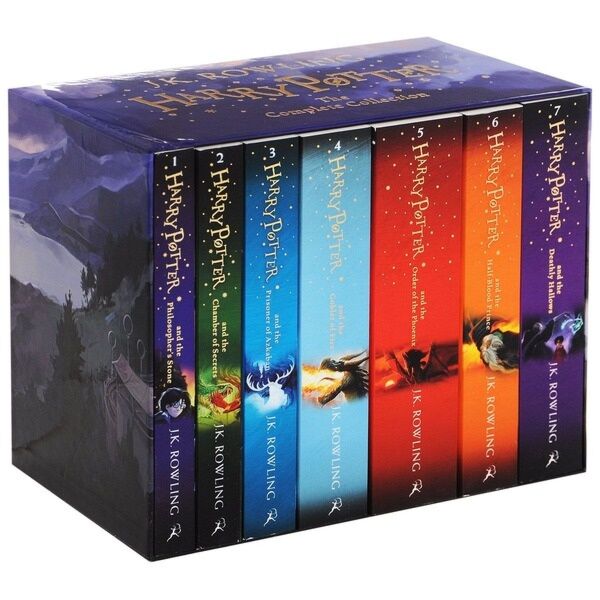 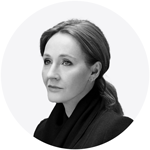 Книга 1
Harry Potter and the Philosopher's Stone.
Say you've spent the first 10 years of your life sleeping under the stairs of a family who loathes you. Then, in an absurd, magical twist of fate you find yourself surrounded by wizards, a caged snowy owl, a phoenix-feather wand, and jellybeans that come in every flavor, including strawberry, curry, grass, and sardine. Not only that, but you discover that you are a wizard yourself! This is exactly what happens to young Harry Potter in J.K. Rowling's enchanting, funny debut novel, Harry Potter and the Sorcerer's Stone. In the nonmagic human world-the world of 'Muggles'-Harry is a nobody, treated like dirt by the aunt and uncle who begrudgingly inherited him when his parents were killed by the evil Voldemort. But in the world of wizards, small, skinny Harry is famous as a survivor of the wizard who tried to kill him. He is left only with a lightning-bolt scar on his forehead, curiously refined sensibilities, and a host of mysterious powers to remind him that he's quite, yes, altogether different from his aunt, uncle, and spoiled, piglike cousin Dudley. A mysterious letter, delivered by the friendly giant Hagrid, wrenches Harry from his dreary, Muggle-ridden existence: "We are pleased to inform you that you have been accepted at Hogwarts School of Witchcraft and Wizardry." Of course, Uncle Vernon yells most unpleasantly, "I Am Not Paying for Some Crackpot Old Fool to Teach Him Magic Tricks!" Soon enough, however, Harry finds himself at Hogwarts with his owl Hedwig... and that's where the real adventure-humorous, haunting, and suspenseful-begins.

Книга 2
Harry Potter and the Chamber of Secrets.
The Dursleys were so mean and hideous that summer that all Harry Potter wanted was to get back to the Hogwarts School for Witchcraft and Wizardry. But just as he's packing his bags, Harry receives a warning from a strange, impish creature named Dobby who says that if Harry Potter returns to Hogwarts, disaster will strike.
And strike it does. For in Harry's second year at Hogwarts, fresh torments and horrors arise, including an outrageously stuck-up new professor, Gilderoy Lockhart, a spirit named Moaning Myrtle who haunts the girls' bathroom, and the unwanted attentions of Ron Weasley's younger sister, Ginny.
But each of these seem minor annoyances when the real trouble begins, and someone - or something - starts turning Hogwarts students to stone. Could it be Draco Malfoy, a more poisonous rival than ever? Could it possibly be Hagrid, whose mysterious past is finally told? Or could it be the one everyone at Hogwarts most suspects… Harry Potter himself!

Книга 3
Harry Potter and the Prisoner of Azkaban.
For twelve long years, the dread fortress of Azkaban held an infamous prisoner named Sirius Black. Convicted of killing thirteen people with a single curse, he was said to be the heir apparent to the Dark Lord, Voldemort.
Now he has escaped, leaving only two clues as to where he might be headed: Harry Potter's defeat of You-Know-Who was Black's downfall as well. And the Azkaban guards heard Black muttering in his sleep, "He's at Hogwarts… he's at Hogwarts."
Harry Potter isn't safe, not even within the walls of his magical school, surrounded by his friends. Because on top of it all, there may be a traitor in their midst.

Книга 4
Harry Potter and the Goblet of Fire.
Harry Potter and the Goblet of Fire is the pivotal fourth novel in the seven-part tale of Harry Potter's training as a wizard and his coming of age. Harry wants to get away from the pernicious Dursleys and go to the International Quidditch Cup with Hermione, Ron, and the Weasleys. He wants to dream about Cho Chang, his crush (and maybe do more than dream). He wants to find out about the mysterious event involving two other rival schools of magic, and a competition that hasn't happened for a hundred years. He wants to be a normal, fourteen-year-old wizard. Unfortunately for Harry Potter, he's not normal - even by wizarding standards.
And in this case, different can be deadly.

Книга 5
Harry Potter and the Order of the Phoenix.
There is a door at the end of a silent corridor. And it's haunting Harry Potter's dreams. Why else would he be waking in the middle of the night, screaming in terror?
Here are just a few things on Harry's mind:
- A Defense Against the Dark Arts teacher with a personality like poisoned honey
- A venomous, disgruntled house-elf.
- Ron as keeper of the Gryffindor Quidditch team.
- The looming terror of the end-of-term Ordinary Wizarding Level exams.
…and of course, the growing threat of He-Who-Must-Not-Be-Named. In the richest installment yet of J. K. Rowling's seven-part story, Harry Potter is faced with the unreliability of the very government of the magical world and the impotence of the authorities at Hogwarts.
Despite this (or perhaps because of it), he finds depth and strength in his friends, beyond what even he knew; boundless loyalty; and unbearable sacrifice.
Though thick runs the plot (as well as the spine), readers will race through these pages and leave Hogwarts, like Harry, wishing only for the next train bac

Книга 6
Harry Potter and the Half-Blood Prince.
The war against Voldemort is not going well; even Muggle governments are noticing. Ron scans the obituary pages of the Daily Prophet, looking for familiar names. Dumbledore is absent from Hogwarts for long stretches of time, and the Order of the Phoenix has already suffered losses. And yet…
As in all wars, life goes on. Sixth-year students learn to Apparate - and lose a few eyebrows in the process. The Weasley twins expand their business. Teenagers flirt and fight and fall in love. Classes are never straightforward, though Harry receives some extraordinary help from the mysterious Half-Blood Prince.
So it's the home front that takes center stage in the multilayered sixth installment of the story of Harry Potter. Here at Hogwarts, Harry will search for the full and complex story of the boy who became Lord Voldemort - and thereby find what may be his only vulnerability.

Книга 7
Harry Potter and the Deathly Hallows.
We now present the seventh and final installment in the epic tale of Harry Potter.